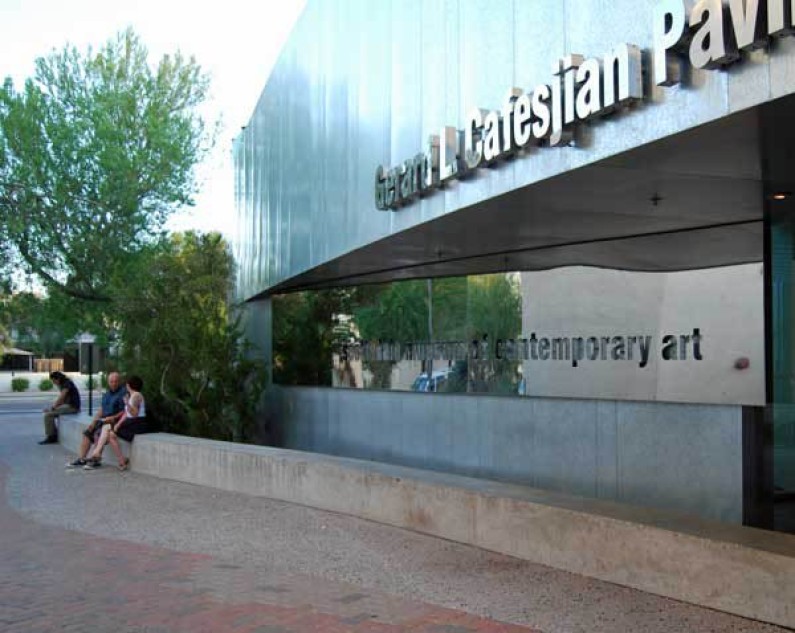 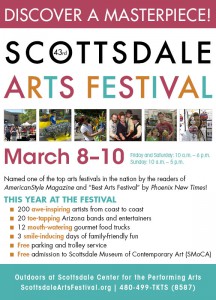 In 2005, the city's annual Scottsdale Arts Festival was ranked the number-one such event in United States by American Style Magazine.

Due to such a large concentration of high-end amenities and businesses that exist in the city, over the generations Scottsdale has developed a noted reputation both locally and somewhat nationally for having a certain snobby air about its residents. Many outsiders often mockingly refer to the city by its alter-ego "Snottsdale."

Scottsdale's affluent culture has been depicted by shows such as MTV's My Super Sweet 16, which filmed an episode in the area in 2006, and by the short-lived CBS reality show Tuesday Night Book Club. In 2008, a local radio disc jockey Craven Moorehead, parodied the Flobot's alternative hit "Handlebars" to make fun of the trendy, supercilious nightlife culture in Scottsdale. The opening and closing line "I can ride my bike with no handle bars" was replaced with the parodied "I'm a big douche at the Scottsdale bars." The parody became an immediate local hit and was placed in heavy rotation.

"The West's most western town" prides itself in its rich Western history, preserving while heavily promoting its plethora of "western" activities and events. The Scottsdale Arabian Horse Show has been a tradition since 1955. Today, the show attracts thousands of visitors and tourists, to see nearly 2000 purebred Arabian and Half-Arabian horses competing for various prizes and recognition. The show also features over 300 vendors and exhibitions, and over 25 demonstrations and shows.

Perhaps the most famous present-day "cowboy" event is the Scottsdale Jaycees Parada del Sol, an annual month-long event that has been held in Scottsdale since 1954. Originally named The Sunshine Festival, the PRCA Rodeo was added in 1956. Cowboys and cowgirls from across the nation converge in Scottsdale to participate in this cultural and historical event. The event begins each year with the Parada del Sol Parade, the world's largest horse-drawn parade with over 150 entries in any given year.

Since 1971, Scottsdale has been home to the Barrett-Jackson Auto Show. Due to the success of this week-long event held every January, the organizers behind it have more recently inaugurated similar but smaller shows in Palm Beach, Florida and Las Vegas, Nevada. Now held at the expansive West World exhibition complex in North Scottsdale, the event is an auto enthusiast's and collector's spectacle. The show is known for featuring both exotic, luxury automobiles and historic vehicles which have been expertly restored to mint condition.

Since 2007, Scottsdale has been hosting low and high fashion shows in the annual Scottsdale Fashion Week (not quite comparable to those of New York City), including popular department store line fashion designers and some higher end ones during the month of November.

In what is considered to be the longest continually running festival of its kind in the nation, the Scottsdale Culinary Festival is held annually during April. Though many of its individual events are held city-wide, they concentrate in the downtown area. Entirely, it is estimated that the week-long festival draws over 40,000 people. The most heavily attended such event is the festival's Great Arizona Picnic, an outdoor fair-like showcase of both well-known local and national chefs and restaurants. It is held on the lawn of the Scottsdale Civic Center Mall.

The annual Scottsdale International Film Festival, concentrates in the use of film to foster of the world’s cultures, lifestyles, religions, and ethnicities.

Scottsdale is home to more than 125 professional art galleries and studios, one of the highest per-capita anywhere in the nation. The city has quickly become a center for art in the United States. According to the Scottsdale Convention & Visitor's Bureau and American Style Magazine, the city has become one of the country's largest art markets, usually only sharing ranks with New York City, New York and Santa Fe, New Mexico in terms of commerce generated as a direct result of art sales and purchasing.

Its galleries and studios are most famous for their western and Native American themed art, though a growing devotion to the contemporary arts has taken hold over the past couple of decades – an element most visible by the large number of modern art galleries which have opened along the Marshall Way Arts District, and the opening of the Scottsdale Museum of Contemporary Art in 1999. Both are located in Downtown Scottsdale.
Located in the touristy Old Town district of Downtown Scottsdale, the Scottsdale Civic Center Mall is home to the intimate two-theater Scottsdale Center for the Performing Arts, the Scottsdale Historical Museum, as well as the more recently established Scottsdale Museum of Contemporary Art, also referred to simply as "SMoCA". It is the only permanent museum dedicated solely to the contemporary arts in the state of Arizona.
Taliesin West, famed architect Frank Lloyd Wright's winter home and school from 1937 until 1959, is now one of the most popular tourist attractions in Arizona. The complex is located in the northeast fringe of the city, at the base of the McDowell Mountains.

Boutiques in Old Town Scottsdale. The city is home to many high-end corporate retail outlets, as well as independent boutiques.
There are many shopping areas within the city of Scottsdale, ranging from small districts to large centers. The most notable regional centers include the upscale Kierland Commons in North Scottsdale, and the massive Scottsdale Fashion Square in Downtown Scottsdale, a major destination for high-end retailers. These shopping centers (and others) in Scottsdale claim dozens of marquee brands that are unique to both Phoenix and the Southwestern region.

At nearly 2 million square feet, the Scottsdale Fashion Square is routinely ranked as one the most profitable shopping malls per square foot in the Southwest United States. The enormous center is anchored by Nordstrom, Macy's, Neiman Marcus, Dillard's, and Barneys New York department store. The center is also home to prominent retailers Armani Exchange, Burberry, Hugo Boss, Kate Spade, Gucci, Louis Vuitton, L'Occitane en Provence, Tourneau, Swarovski, Juicy Couture, GUESS, Tiffany and Co., Ferragamo, Michael Kors, Jimmy Choo, Cartier, Abercrombie and fitch, Lucky Brand Jeans, Ed Hardy, Prada, Steve Madden, Marciano, Carolina Herrera, Bvlgari, Bottega Veneta, Lacoste and Kenneth Cole among hundreds of others. The center's Tiffany and Co. store, in particular, reported that over the past few years this location earned one of the company's highest sales figures per square foot in the United States. In 2009 Scottsdale fashion Square underwent an expansion and added stores such as H&M, Forever 21, Barneys New York, and True Religion. In addition to these stores it expanded across the street with places like Yogurtland, American Apparel and Urban Outfitters. Currently there are plans for prada to open within the mall.

The city currently has three additional upscale shopping complexes planned or under construction - Scottsdale Quarter, Palmeraie and One Scottsdale - all of which will be located in North Scottsdale.

One Scottsdale, a collaboration between Macerich and DMB Associates, in particular aims to be the next luxury retail center for the Phoenix-area. In a three-mile (5 km) radius, the center sees an average household income of $110,292, and its 10-mile (16 km) zone has more households earning over $100,000 than several famous retail destinations, including Bal Harbour, Naples, Aspen, and The Hamptons.
Palmeraie, a 300,000-square-foot (28,000 m2), outdoor mixed-use project planned for the SWC of Indian Bend and Scottsdale Rds, has already received commitments from Hermès, Yves Saint Laurent, and John Varvatos.

The Hotel Valley Ho caters to both day and night entertainment. Named by The New York Times as one of the "hippest and most happening" places in the country, Scottsdale is home to a variety of high-end nightclubs, restaurants, hotels, lounges and bars. Over the past decade in particular, these establishments have grown in great numbers, many catering to a more "young, fashion-conscious crowd." This is evident by the growing number of trendy, style-conscious hotels that have opened up throughout Downtown Scottsdale which equally cater to the nightlife crowds. Most notably, the Morgan Hotel Group's all-white Mondrian Hotel, the FireSky Resort & Spa, the independent mid-century Hotel Valley Ho and the W Hotel.

The majority of nightlife is concentrated in Downtown Scottsdale, between Camelback and Osborn roads. This is the most active and popular nightlife destination in the Phoenix Metropolitan Area. Similar to well-known nightclub districts in other major cities, much like Atlanta's Buckhead district and Miami's South Beach, most of Downtown Scottsdale's major bars and clubs are generally located within walking distance, often providing a vibrant and buzzing scene during most evenings. Thursdays through Sundays being the most active, as crowds of over 40,000-strong are known to congregate to this area.

Southeast Scottsdale borders the Salt River Pima-Maricopa Indian Community. For several years, the Scottsdale Pavilions, a major outdoor shopping center, marked the only commercial property operating on tribal lands. In 1998, the tribe opened the first permanent casino in the Scottsdale area, Casino Arizona, at Loop 101 and McKellips Road. The success of Casino Arizona led to the construction of a second location, Casino Arizona at Indian Bend, in a temporary facility less than 8 miles (13 km) north.

In 2010, the temporary tent facilities hosting the 120,000-square-foot (11,000 m2) Casino Arizona at Indian Bend were deconstructed following the opening of Casino Arizona at Talking Stick. The 240,000-square-foot (22,000 m2) casino is adjoined to the newly constructed 15-story Talking Stick Resort & Spa, which features the Talking Stick golf course, a 36-hole golf course designed by Ben Crenshaw and Bill Coore. Today, the two casinos collectively have over 2,000 slot machines and 100 table games.

Though none play specifically in the city of Scottsdale, all of the "Big Four" North American major league sports organizations have franchises and play within the Phoenix Metropolitan Area - NBA's Phoenix Suns, NFL's Arizona Cardinals, MLB's Arizona Diamondbacks and NHL's Phoenix Coyotes, as well as a WNBA franchise, the Phoenix Mercury.

The city is widely known as a premier destination in the United States for golf. In all, the city is home to more than 200 area courses offering layouts that range from the rolling green fairways of traditional courses, to desert golf designs. In 2006, the Robb Report cited Scottsdale as, "America's Best Place to Live for Golf." The Boulders Resort & Golden Spa and Four Seasons Hotel|Four Seasons Resort Scottsdale at Troon North were selected in 2005 as the second and fourth best golf resorts in the nation by Travel + Leisure Golf magazine. Other notable golf courses in the area include FireRock, Troon North, The Phoenician, and Silverleaf.

Since 2010, the historic WM Waste Management Phoenix Open Golf Tournament – formerly the FBR Open and Phoenix Open, which originally began in 1932 - is now held annually each January at the Tournament Players Club (or "TPC") in North Scottsdale. The TPC is adjacent to the large Fairmont Scottsdale Resort. It is the largest-attended stop of the annual PGA Tour, attracting well over 500,000 people to the 4-day event alone.
Hiking, rock climbing and other similar outdoor activities are enormously popular throughout the Phoenix-area, in large part to the immediate accessibility of mountain areas within or very near the city limits. Citizens flock ritually to local favorite Camelback Mountain, located in the eastern section of Phoenix, just adjacent to Scottsdale, as well as the McDowell Mountains in the more recently developed McDowell-Sonoran Preserve, at the city's northeastern fringes. 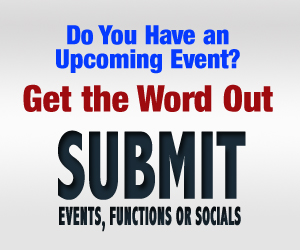